SOLD OUT BEFORE CHRISTMAS 2019! OUT OF STOCK

Talking ABC Elmo plush loves to explore the alphabet with your preschooler! Along with being a huggable companion, this soft Elmo sings the alphabet song and also says 14 fun phrases.

This Sesame Street toy encourages children to cuddle and sing with Elmo while introducing them to the ABCs. 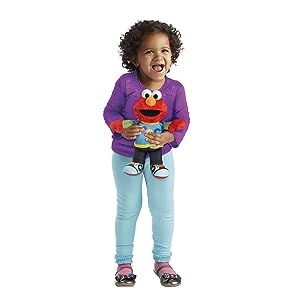 Sing the Alphabet Song with Elmo
Press his tummy and Elmo talks and sings about one of his favorite subjects: letters! He sings the classic alphabet song, encouraging your child to sing along and get familiar with the ABCs! Whether you and your little one are going over simple words or simply having playtime before bed, Talking ABC Elmo is a fun way to introduce letters to your child. 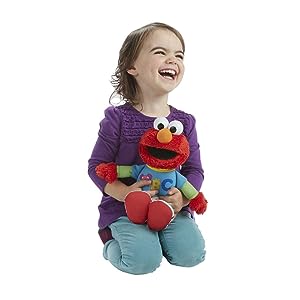 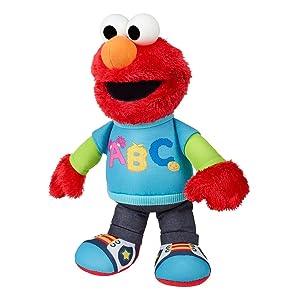 Press Elmo's Tummy to Start the Alphabet Fun
Join in singing the alphabet song with one of Sesame Street’s favorite characters. Your child will love cuddling this soft furry Elmo, and when they press Elmo's tummy he will say fun phrases about letters or sing the classic alphabet song.

Sesame Street and associated characters, trademarks and design elements are owned and licensed by Sesame Workshop. Hasbro and all related terms are trademarks of Hasbro.