Imagine Hulk bulking up and hulking out with the Hulk Out Hulkbuster, featuring lights, sounds, and phrases! When kids press the center button, they can activate Hulkbuster phrases and sound effects. Then kids can assemble the pieces of the armor to create another figure and imagine the Hulk fighting against the bulky armor. 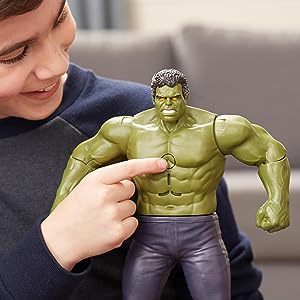 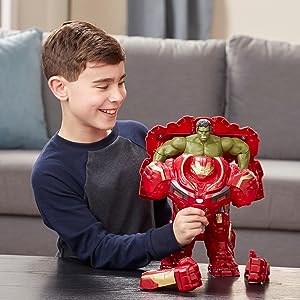 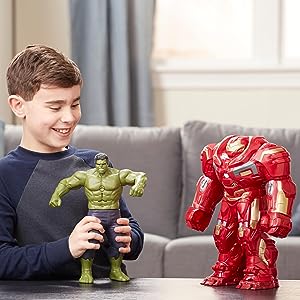 Hasbro and all related terms are trademarks of Hasbro.